Founded in 1998, O Norte – Creative Studio is a center of architecture, design, visual arts, and cultural production. We have used the name O Norte to recognize our lineage from two important social and artistic publications from Recife. An abolitionist magazine called “A Província” (The Province), published at the end of the 19th century. Later, in the early 20th century, the “Revista do Norte” (The North Magazine) was published from our present location. It was the first magazine about art and culture published in the North/Northeastern region of Brazil and involved people such as Professor José Maria Carneiro de Albuquerque, the poet Ascenso Ferreira, the poet-engineer Joaquim Cardoso, the journalist Manuel Caetano Filho, and the painters Manuel Bandeira and Vicente do Rêgo Monteiro. The Revista do Norte was as important to the Regionalist Movement as was the Klaxon Magazine, by the poets Mário and Oswald Andrade, for the Modernist Movement.

Since its foundation, O Norte has been awarded and has gotten the following:
– Invited as a speaker at UIA 2021 Rio, 27th World Congress of Architects;
– Selected as one of 19 architectural Brazilian offices to participate in the Exhibition “Brasil Otras Arquitecturas”, at the 17th Edition of the Buenos Aires International Architecture Biennal. The exhibition recognizes architects from other states than Rio de Janeiro or São Paulo. Curators: Vicente Wissenbach and André Wissenbach. October, 2019
– Selected at the 11th São Paulo Architecture Biennale with a project of the AtelierVivo – a partnership with the architects Michael Phillips and Natan Nigro in the Workshop Internacional de Design-Build do AtelierVivo;
– One of the 15 architectural offices selected to represent Brazil in the 15th Venice International Architecture Biennale, 2016 with the project Novo Mangue School;
– Co-founder, along with Australian architect Michael Philips, of AtelierVivo, a design-build collective, 2015.
– Featured in the Brazilian architecture and planning magazine Revista AU, 25th Anniversary Issue (n° 197, August 2010). The firm was included in the magazine’s list of the “25 most promising architects or firms representative of Brazilian architecture within the next two decades”;
– Prize IAB/PE 2009, Department of the state of Pernambuco;
– Selected to the V Bienal de Arquitetura Ibérica-Americana, in Montevideo, Uruguay, 2006;
– Prize “Young Architects 2004”, IAB-São Paulo and Museum of the Brazilian House;
– First Prize for the Project Novo Mangue School, sponsored by UNICEF and Major of Recife, 2002;
– Provided consultation for the creation of a chapter of Habitat for Humanity in Recife, 2004;

Besides that, O Norte opens its doors to groups and organizations such as the Xukuru Indigenous Association, the Maracatu de Baque Solto Leão Africano (traditional cultural expression from the state of Pernambuco), Associação de Capoeira Angola Navio Negreiro (ACANNE), and other university-related activities that contribute to the artistic, cultural, and social fabric of Brazil. In its 4th generation of activities, O Norte – Creative Studio continues in the struggle and work of affirming Brazilian culture. 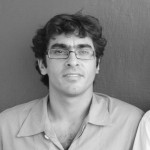 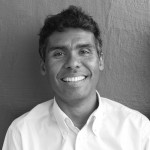 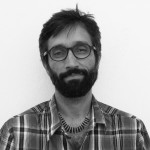